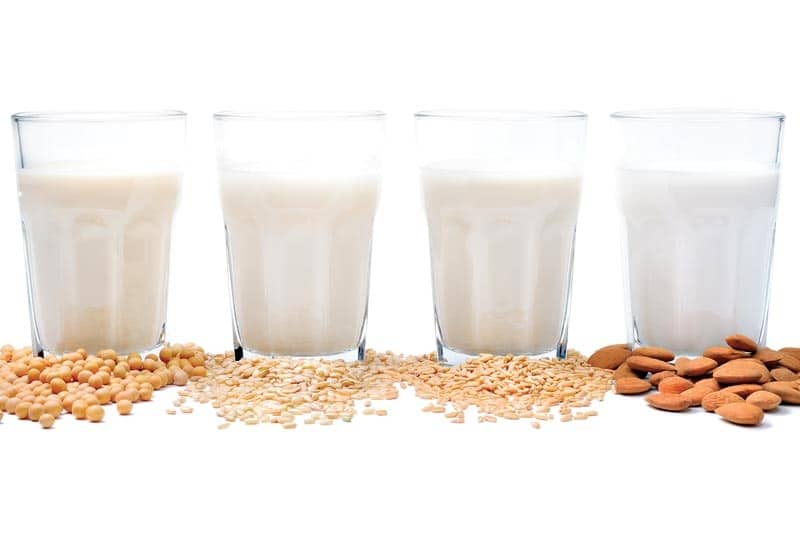 Oat Milk Is Trending in Westchester

Oat milk is not only filling bowls, it’s foaming coffee cups, along with other upstart dairy alternatives, like pea-protein and pumpkin-seed milks.

It seems like you can milk anything these days. Don’t want cow or mammal milk and not down with soy, almond, or coconut, either? Fine. Try oat, rice, hemp, flaxseed, pumpkin seed, pea protein, macadamia, hazelnut, cashew, or walnut. There are definitely more.

We know what moo milk is, but what makes others use the same name? It’s the process of extracting liquid from a plant that’s soaked, blended, and strained. The result is mixed with water and sometimes sweeteners and preservatives.

The biggest “mylk” craze at coffee shops is oat milk — the “y” denotes that the milk is derived from plants, not animals — which customers have been lapping up in the last two years.

Oat milk sales have increased 425 percent since June 2017, according to a study by the Specialty Coffee Association and Square Up.

The milk uses less water than milks produced from almonds, most of which are grown in drought-ridden California, and it’s creamier than many nut milks because some of the blended oats remain with the liquid when the milk is strained. It’s also nut-free, soy-free, dairy-free, and gluten-free.

When customers pass up the local Battenkill Valley Creamery dairy milk, they opt for Oatly milk more than soy, says Kathryn Corena, who owns First Village Coffee with her husband, Luis. They also have the barista versions of Pacific soy milk and Califia Farms almond. Those three dairy alternatives were developed, with baristas in mind, to withstand heat, create foam, and let the coffee flavor shine.

“People often underestimate how important the milk is to their espresso drinks,” Corena says. “Some versions don’t foam very well. It can’t just taste good; it has to foam well and work across the board.”

Oatly milk works in her wellness tea lattes, too. “Oat milk is all the rage. More and more people are asking for this. People who are not vegan are asking for it. It’s just really tasty,” Corena says. 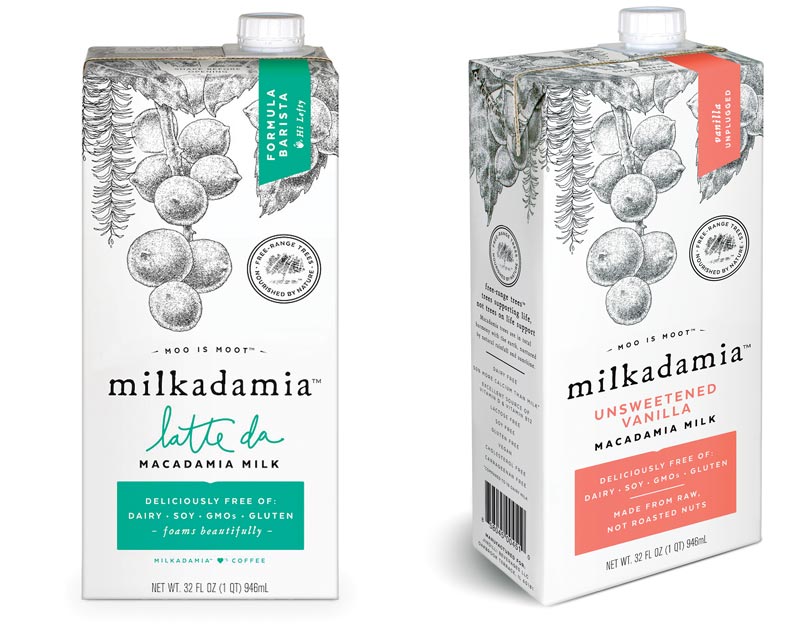 Joey Ammirati, co-owner of Caffè Ammi Roasting Co. in Pelham, says they offered soy, almond, whole, and skim milks when their roasting company and tasting room opened to the public in June 2017. Not six months later, they added oat milk to the menu.

“Since each milk alternative is different in its own way, it comes down to personal preference — but Oatly has been a category disruptor,” he says.

Looking for something other than oat? Bolthouse Farms has a line of plant protein milk, using peas, in several Super Stop & Shop and ShopRite groceries, as well as Acme Markets in Westchester.

Milkadamia, which sources from free-range macadamia trees, is at Green Organic Market in Hartsdale, Balducci’s in Scarsdale, Bronxville Natural in Bronxville, Fairway Market in Pelham Manor, and Super Foodtown in Croton-on-Hudson.

These alternative milks have proved so popular, a bipartisan group of Congress members asked the Food and Drug Administration to address milk-labeling requirements. The request was taken seriously.

“The FDA supports choice and innovation in the marketplace, and we recognize that some consumers may prefer to use plant-based products instead of dairy products for a variety of reasons, including an allergy or lifestyle choice. However, we must also ensure that the labeling of such products does not mislead consumers, especially if this could compromise their health and well-being,” FDA commissioner Scott Gottlieb said in a statement released in September 2018.

“Oat milk sales have increased 425 percent since June 2017, according to a study by the Specialty Coffee Association and Square Up.”

Patricia Trongone of Armonk founded Jnana Organics originally as a juice-cleanse business, but then pivoted to making plant milks, since Irving Farm New York, a Manhattan-based coffee roaster and café company, looked to her for the most sustainable alternative to soy and almond. In 2016, Trongone created the pumpkin-seed milk.

“It’s almost a byproduct when you think about it,” says Gil Kernan, CEO of Jnana Organics.

Jnana Organics products, including original chocolate and ginger-turmeric flavors of pumpkin-seed milk, were made in Trongone’s small commercial kitchen in Mount Kisco, before scaling up. Production has paused while they transition to online sales and should restart early this year, Kernan explains.